The Sovereigns in Woking 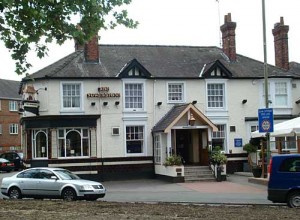 The Sovereigns in Woking

The Sovereigns in Woking is part of the Ember Inns chain but is definitely a cut above the normal Ember Inns pub.

Some two to three years ago it suddenly reinvented itself as a real ale heaven. No more aggro – no more burining downs – just somewhere adults can go to have some safe fun and get some good beers. I sometimes visit on my way home from London as the atmosphere is so welcoming. They do quizzes twice a week and other special events.

It’s a large pub inside with many different areas. There’s also a canopy out the front for the smokers, and a small balcony out the back with a fine view of the car park.

The Sovereigns has in the recent past been the local CAMRA group’s pub of the year. There are 6 handpumps and the beer choice changes constantly although Deuchars IPA seems to be fairly constant. 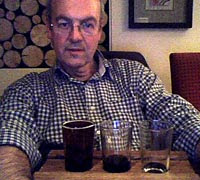 At the moment they are doing ‘Tasting Racks’ for £1.99. Basically you can choose 3 of the real ales available and they give you a third of a pint of each. So effectively £1.99 for an eclectic pint – not bad eh? As I write this I’m drinking the Stonehenge Danish Dynamite – a gorgeously light and slightly fruity beer. I’ve also gone for the Mordue Coffee Porter and the Hop Back Red Ember – I’ll be enjoying those in a few minutes. Put with the pint of Arundel Autumn Old I had earlier which is a fine malty dark beer, this is shaping up to be a lovely session when it’s just supposed to be a pint on the way home…

Apparently these tasting racks are now a permanent feature and other Ember Inns are doing them too. It works here in the Sovs (Woking vernacular) as they have a good real ale turnover – less so in other Ember Inns I’m told.

Have you got a like minded Ember Inn near you?

Read my pub review of the Sovereigns, Woking here